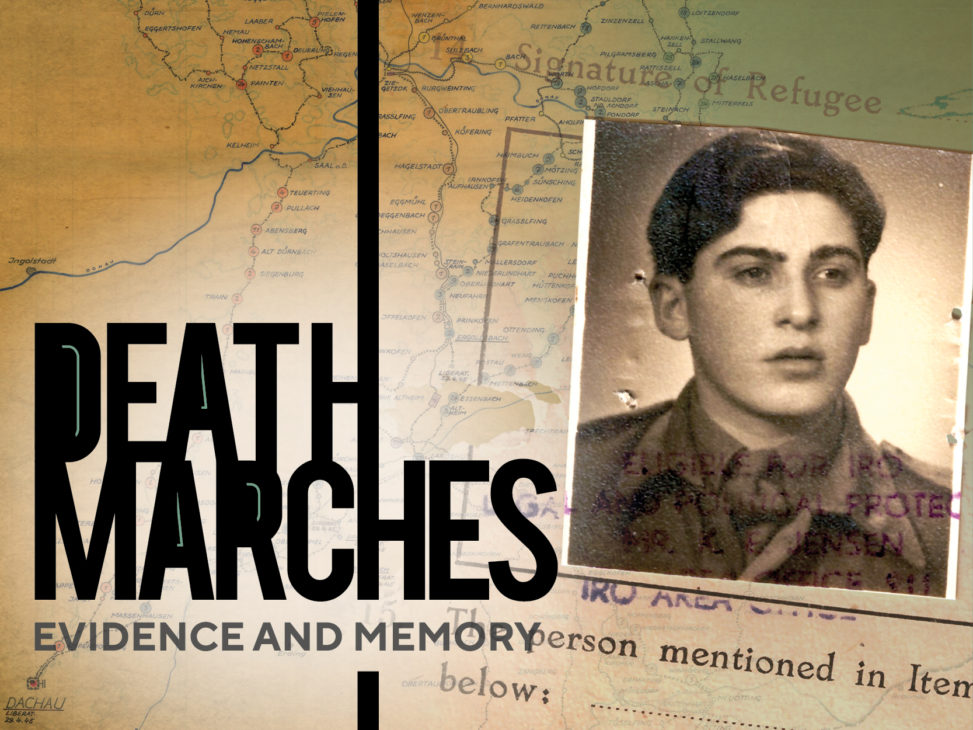 Towards the end of the Second World War, hundreds of thousands of prisoners still held within the Nazi camp system were forcibly evacuated and sent out on foot, by rail, in horse-drawn wagons, in lorries and by ship. Many of these chaotic and brutal evacuations became known as ‘death marches’ by those who endured them.

In an exciting partnership between the Holocaust Exhibition and Learning Centre (HELC) in Huddersfield, Royal Holloway University London, and the Wiener Holocaust Library, Bivouac was commissioned to design two exhibitions – one in Russell Square, London and one in the HELC, Huddersfield – working alongside 3D exhibition designer, Paula Atkinson. The exhibition in the HELC uses a flexible MilaWall system by MBA.

The exhibitions uncover how forensic and other evidence about the death marches has been gathered since the end of the Holocaust and chronicles how researchers and others attempted to recover the death march routes – and those who did not survive them.

The exhibition was completed during the Covid-19 lockdown of 2021, and was launched digitally on 4th March 2021. The exhibitions will open to the public when Covid-19 restrictions allow.

And here’s a video of the virtual launch (about an hour long):